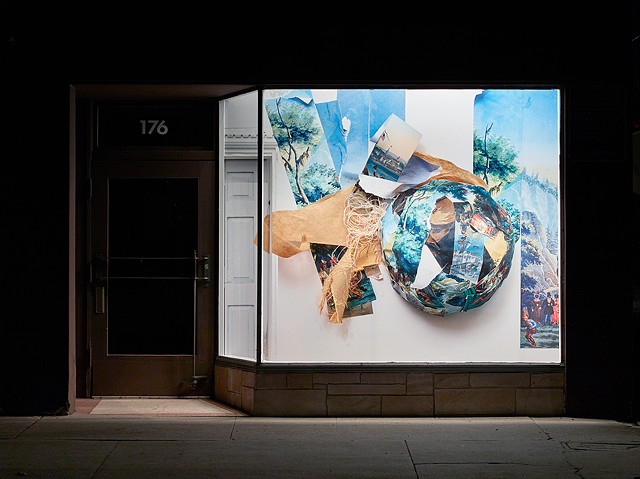 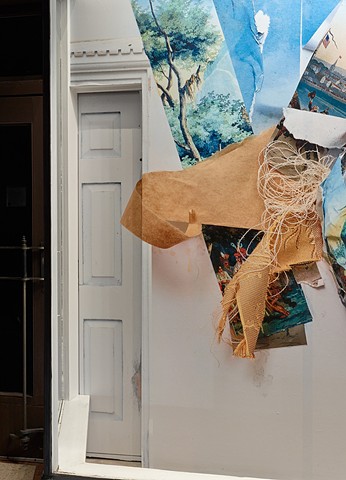 Using the interior design of the White House diplomatic reception room—in particular its immersive landscape wallpaper—Zuber & Cie’s Vue de l'Amérique du Nord (produced in 1834), Views (Reconfigured White House Diplomatic Reception Room), re-frames U.S. history as a form of détournement. Resurrecting these scenes of historical “harmony”, this project recognizes the subtext of Zuber & Cie’s wallpaper, in which scenes of U.S. colonial history are valorized; it includes images Native Americans and African Americans, even though some were based on nineteenth century artist and anti-abolitionist Edward W. Clay’s racist caricatures. While this wallpaper has long faded into background government décor, it was last seen behind Donald Trump’s recent response in the White House to the events in Charlottesville, among other past presidential addresses.   Views (Reconfigured White House Diplomatic Reception Room) imagines the destruction of the space that house these images. The wallpaper has been ripped from the walls by a supernatural force, the resulting detritus reconfigured into an alternative globe: a reorientation and remapping of history. The ‘new’ globe is depicted as printed wallpaper itself, returned to the flat background that quietly informs our understanding of history.